A History of Christmas Lighting in the U.S. 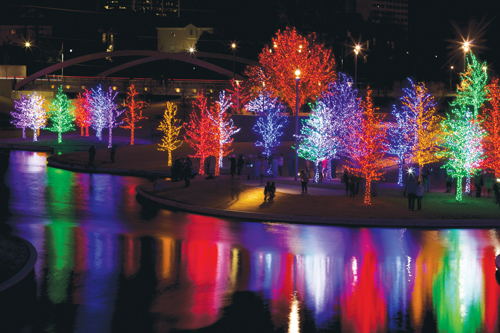 For over a century after Christmas trees became popular in the U.S., electricity as we know it didn’t exist. Decoration with holiday candles was prevalent during the era—having a “merry Christmas” often meant not burning down the house. The movement toward widespread electric Christmastime lighting began gradually in 1879 and gained momentum alongside nationwide electrification, improving technologies and lowering prices. Here, we offer a rough timeline of the history of Christmas lighting in the United States, tracing a path from candlelit trees to over-the-top displays made possible by modern technologies.

1747 – The History of Christmas Lighting in the U.S. Begins with a “Lichstock”

Dutch settlers in Pennsylvania introduce the forerunner of the modern Christmas tree in the U.S., the “lichstock” (meaning “light stick”). The settlers decorate this wooden, pyramid-shaped ornament with fruit, various greens and lighted candles.

Harvard Professor Charles Follen decorates an evergreen Christmas tree with candles. This is one of the first recorded examples of candles used for tree decoration in the United States. 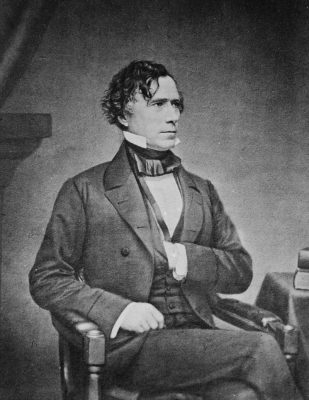 1856 – A Presidential Contribution to the History of Christmas Lighting 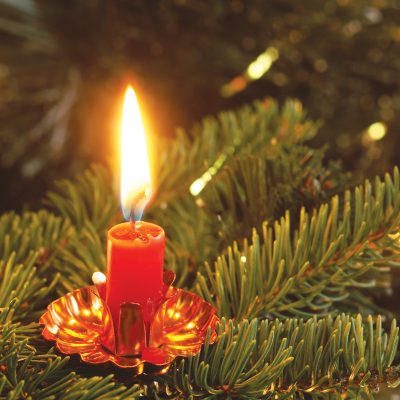 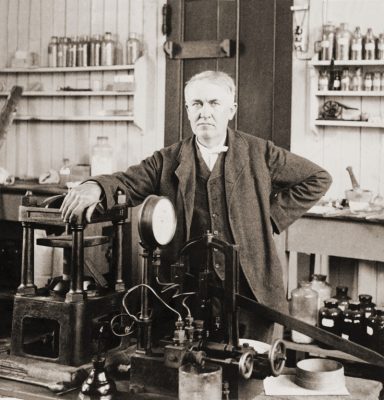 In 1879, Thomas Edison creates an outdoor light display around his laboratory in Menlo Park, N.J. to celebrate New Year’s Eve. For Christmas 1880, the legendary inventor develops another outdoor light display. These displays are the first instances of electric lighting used for holiday celebration.

Edward Johnson, vice president of Edison’s Electric Light Company, pioneers the electric-lit Christmas tree by stringing 80 specially made electric bulbs on a single wire and wrapping them around a tree. Those lights, tinted in shades of red, white and blue, generate widespread public interest; however, public distrust of electricity and expense make electric-lit Christmas trees rare for many years to come.

1895 – Another Presidential Contribution to the History of Christmas Lighting

Retail stores around the country begin stringing holiday lights in windows and outside storefronts as part of Christmastime decorations.

1903 – Christmastime Lighting Goes on Sale to the Masses 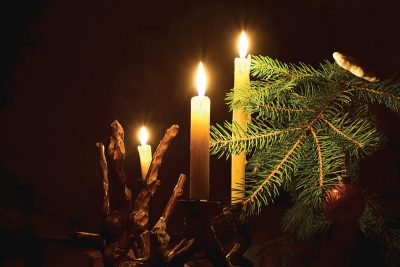 A large group of insurance companies agrees to add an exclusion to polices, barring coverage for any Christmas tree fire caused by candles. This quickly sets the standard across the industry.

1920 – An Electrified Nation Shines Its Light at Christmas

The first large-scale, outdoor electric Christmas lights display is staged for the public in Altadena, Calif. Throughout the 1920s, lighting technology improves and comes down in price enough that nearly everyone across the country with electricity can afford Christmas lights. 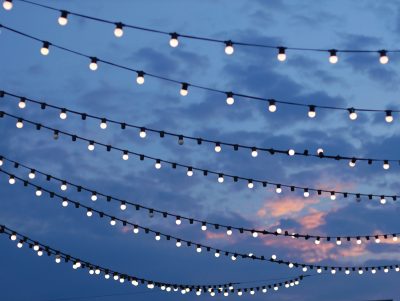 1927 – A Gateway to Bigger Lighting Displays

GE introduces light strings with parallel wiring. This technology, which enables lights on the same string to continue burning even if one light blows, will prove critical in helping create larger and larger light displays. 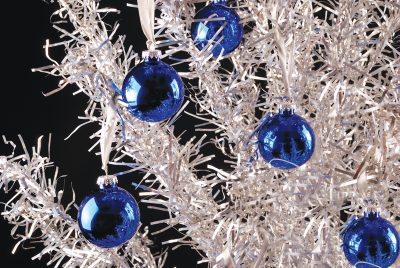 The aluminum Christmas tree makes its U.S. debut. These trees can’t be decorated with lights due to the danger of mixing electricity and aluminum, which can lead to shock and even electrocution. The popularity of these trees over the next 10-plus years causes disruption in the U.S. Christmas lights industry, eventually helping force NOMA into bankruptcy. 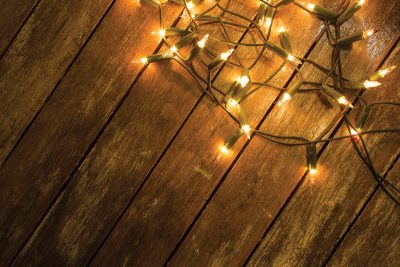 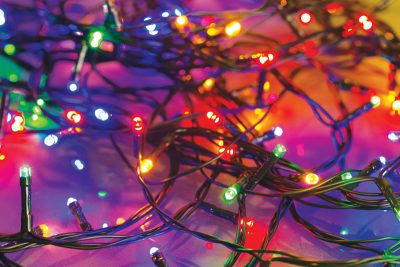 In response to Merry Midget popularity, other manufacturers launch the “mini-light.” Due to their low cost and power consumption, mini-lights become a craze. Across the U.S., these lights form the foundation not only for Christmas tree decoration, but also for huge outdoor displays that grow bigger each season. 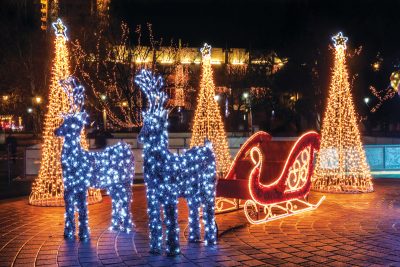 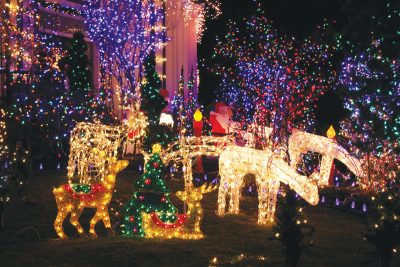