On the Road Back to School Safety 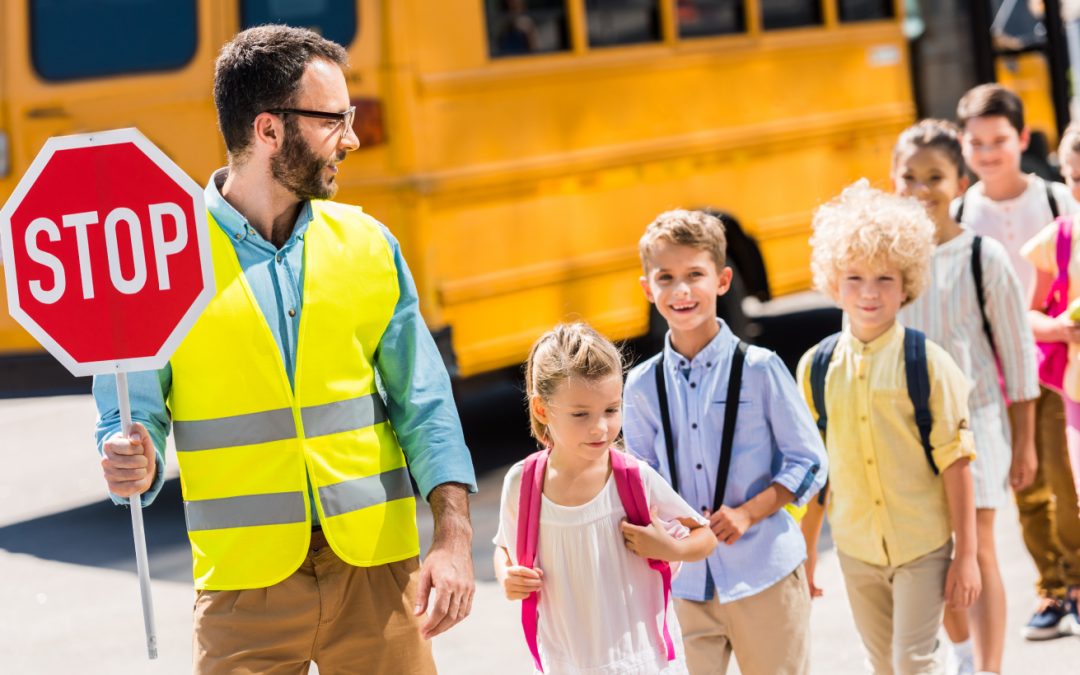 Back to School Dangers on the Road

Back-to-school season is always a time for renewed attention on the everyday hazards students face during the school year. At the beginning of the 2018-2019 school year, we focused primarily on student commutes—whether on foot, on bike, or in a car or school bus. This year, we’re focusing on back to school dangers on the road. These tips aren’t just for parents or students, but for anyone that drives through a school zone or encounters a school bus on their everyday drives to and from work.

Rule 1 to Avoid Back to School Dangers on the Road: Slow Down

Speed, combined with driver inattentiveness, create the majority of back to school dangers on the road, so consider this the foundational tip for safety when driving in a school zone or near a school bus. Most drivers have probably heard the following reminder dozens—maybe hundreds—of times, but it bears repeating: The faster you drive, the less time you have to react to events around you. In terms of reacting quickly enough to avoid a crash or, worse, striking a pedestrian, slowing down an extra 5-to-10 miles-per-hour may spare another person—in this case, most likely a child—significant injury or even death. Please slow down.

Watch Out for Pedestrians

This one sounds obvious, but there’s a lot to keep track of in a school zone—traffic signals, cars around you, street signs, crosswalks, bus stops, sidewalks, intersections, parking lots, parked cars, etc. These are all places where students may be on foot (or bicycle) and in harm’s way, vulnerable to drivers who are speeding, not paying close enough attention to their surroundings or both. You have a legal responsibility to be on continuous watch for pedestrians in a school zone.

Blinking Lights, Yellow and Red Are Signals of Caution

Drivers of all ages and experience levels must remain on constant alert for blinking lights of yellow or red. Yellow lights usually mark the entrance into a school zone and are generally accompanied by a speed limit marker or a yellow school-crossing sign. When you see these light and/or markers, it’s important to slow down to at least the posted limit and lookout for pedestrians.

School buses use yellow flashing lights to signal an approaching stop to pick up or drop off students. Texas law does not require drivers to stop for yellow bus flashers, but to slow down and prepare to stop. We strongly recommend against passing a school bus with its yellow flashers on.

Many drivers may not realize it but, in regard to directing traffic, school crossing guards have the full legal authority of a public safety officer. When you see one motioning you to stop for crossing students, you are required by law to do so. You’re also required to wait until the guard gives you permission to proceed through the crosswalk. Failure to comply with a guard’s direction can result in significant fines. Drivers should be on the lookout then, not just for pedestrians, but also for crossing guards.

Avoid Passing Other Vehicles in a School Zone

It’s critical not only to take it slow in a school zone, but to avoid driving aggressively. If you’re focused on getting ahead of a slower vehicle ahead of or beside you, chances are you’re not paying enough attention to your surroundings. That makes you more likely to miss things like crosswalks, flashing signs, crossing guards and pedestrians. If it feels like the car ahead is driving too slowly, you may be in too much of a hurry. It could mean you should take a breath, slow down and make a conscious effort to pay closer attention to what’s happening around you. Besides, paying close attention to your speed in a school zone is critical; in speeding up to pass another car, you’ll probably accelerate beyond the posted speed limit.

Stay off Your Phone