GVEC Recognized for Topping the State in Rooftop Solar Capacity 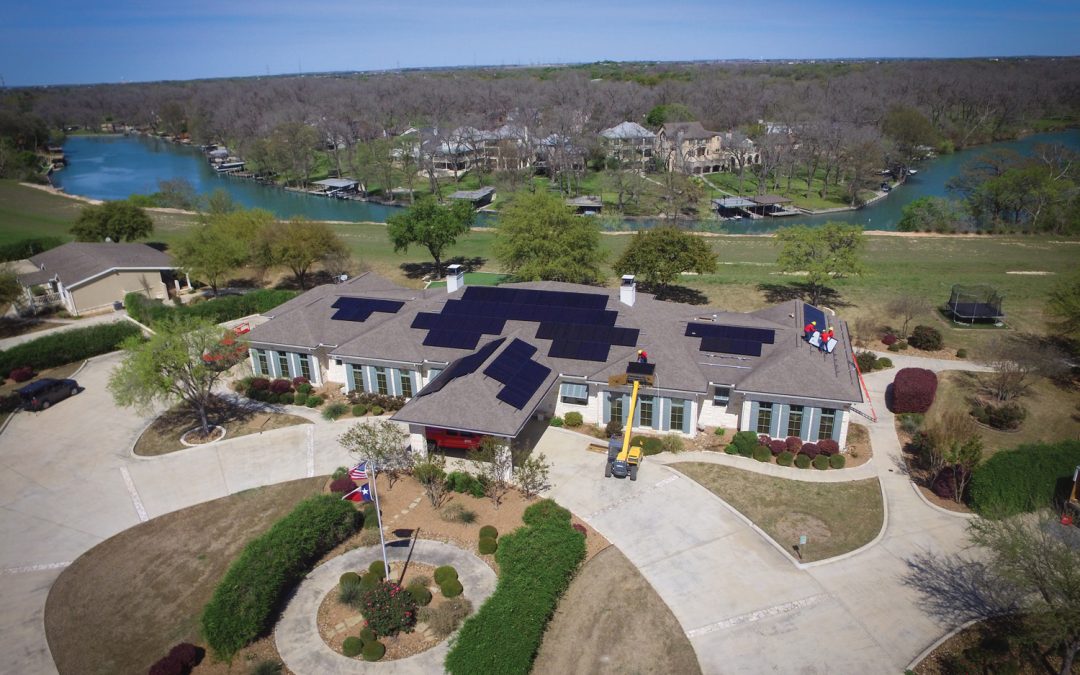 In recent years, GVEC has seen more customers elevating their initial investments in solar with an eye toward offsetting the majority of their energy consumption with renewable technology. The Cooperative anticipates this trend holding steady, if not increasing, in 2020 as customers pair solar panel systems with energy storage solutions. Pictured here is a March 2018 GVEC Home residential solar panel system install. This 33.9 kW system is the third-largest residential system installed by GVEC Home to date.

Gonzales, Texas – Oct. 29, 2019 – The Guadalupe Valley Electric Cooperative (GVEC) was recently recognized by the Smart Electric Power Alliance (SEPA) as having the most cumulative watts of rooftop solar energy installed per residential customer in the state of Texas. The announcement was included in the results of SEPA’s Annual Utility Market Survey for 2019. This ranking implies that GVEC’s service territory has the highest density of rooftop solar among not only all other cooperatives, but all other investor-owned utilities and municipals.

SEPA is a Washington D.C.-based nonprofit whose primary aim is to encourage power distributors like GVEC and other industry stakeholders to expand their renewable energy portfolios. Electric distributors across the United States participate in the survey each year, providing SEPA with unbiased information on trends and prevalent issues within the industry.

The survey further revealed GVEC has the second-highest total residential solar capacity and total number of rooftop solar units in the state among cooperatives. The Cooperative added 32.2 solar watts-per-customer in 2018, ranking it number three among all Texas electric providers in regard to units/capacity added and number one among cooperatives. As of December 31, 2018, GVEC had 1630 rooftop solar units installed within its service territory, amounting to over 10 megawatts (MW) of capacity. Additionally, GVEC also has the 2MW SunHub Community Solar project in its portfolio, which has generated over 8,000 megawatt-hours of power since being energized in November 2018.

“The results of this survey underline GVEC’s continued commitment to serving our customers with the energy solutions they want,” said General Manager and CEO Darren Schauer. “Between our solar panel business and the SunHub Community Solar project, we’ve greatly expanded our renewable offerings over the last decade. This is what our members asked for, and they’ve responded with great enthusiasm. We’re pleased to offer our customers choices that support renewable energy and give them greater control over their energy costs.”