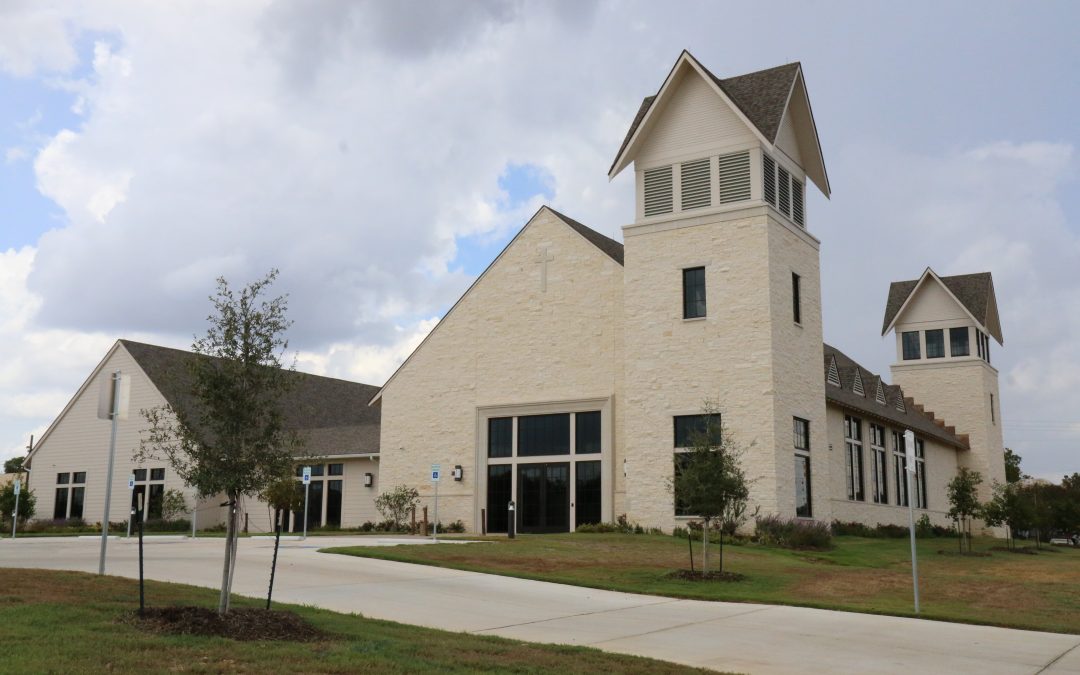 Community can be defined a few ways. It’s the area you live in, a society you’re a part of, the feeling of fellowship and caring for those around you—in short, it’s belonging to something bigger than yourself. Often, when unfortunate or tragic events strike our communities, a call to service is felt by all—even if you don’t personally know the individuals. Two years ago, many GVEC members felt what community really is, beyond words or definition, as we wept and prayed for our friends and neighbors in Sutherland Springs.

Most of us remember the shock felt when we first witnessed news of a mass shooting via national networks on our televisions. For many, this was the Columbine school shooting. From across the nation, we sympathized with the parents, brothers and sisters, friends and family, and all who lost loved ones and who experienced the horrible event. We shed tears, offered prayers, attended vigils and tried to wrap our heads around something like this happening.

Regrettably, in the years since Columbine, it seems these types of horrible events have been in the news more frequently. And while we are always saddened and grievous in each tragedy, it’s become less shocking when the breaking news erupts—until it happens close to home, in your community. Until it happened on November 5, 2017 in Sutherland Springs.

Many of us remember the sickening feeling we felt when we heard the news. You may have immediately started trying to contact friends or family who lived in or near Sutherland Springs. Maybe you felt disbelief of this type of thing happening just down the road. Or maybe in all the heartbreak and through all the questions running through your mind, you began to pray.

There was something else that happened in Sutherland Springs in November 2017, though. The small community realized just how strong it was, and, in a sense, the small community grew larger. After an event that might scare some people away, First Baptist Church had record attendance at the next week’s Sunday services. The community showed the nation that no tragedy or act of violence was bigger than their faith or than the amount of love and care they had for one another.

While a tragedy of this magnitude may tear other communities apart, Sutherland Springs refused to give in to a narrative of fear and hopelessness.

Liz Martin is a GVEC employee who works in the La Vernia office and lives just outside Sutherland Springs. She lost her niece that day and knows several people who experienced their own loss as well.

She describes Sutherland Springs as a nice, quaint little town with good-hearted people. She says whether you lived in the town or in the area surrounding it, you couldn’t help but feel the sadness more deeply than you might when you hear about other occurrences of this nature.

“You just don’t expect this type of thing to happen so close to home,” Martin said. She believes the tragedy brought the members of the already close community even closer as they supported one another. “It’s like a snowball effect—one person being there for another individual gave them strength to be there for the next person,” she described.

Pastor Frank Pomeroy, who has led the congregation at First Baptist Church in Sutherland Springs for 19 years, and his wife, Sherri, lost their daughter that day. He echoes Martin’s thoughts about the community. He describes Sutherland Springs as a small, very close-knit community—everybody knows everybody. Because of this, he says they depend on each other more than some larger, more affluent communities might. They’ve always been there for each other, in good times and bad, even before the events of November 2017.

Finding Strength in Faith and Each Other

Pomeroy believes this closeness and continuous support for one another has helped the community expedite the healing process. As healing continues, some days are harder than others. Seeing strength in someone else who is still healing uplifts another in their time of weakness.

One personal example of this for Pomeroy happened on a day he was feeling overwhelmed. On this particular day, he had gone to visit one of his congregants, who had been shot multiple times, at Brooke Army Medical Center (BAMC). Much to Pomeroy’s surprise, when he entered the room, his friend eagerly greeted him and exclaimed the excitement he felt to see what God had in store for him to do next in his life! This expression of positivity, strength, and hope lifted and inspired Pomeroy that day, when he needed it. He recalls walking out of BAMC that day, looking around and thinking, “God is still moving in the community.”

The example the Sutherland Springs community shows their neighbors, the surrounding communities and, in some cases, the nation, is one of immense faith and boundless hope. “You have to look beyond your circumstance; break your chain to move forward,” Pomeroy said.

This selfless mindset and demonstration of faith has brought revival, as well as healing, according to Pomeroy. And while there is still healing to be done, the citizens of Sutherland Springs and members of First Baptist Church will continue to come together as a community to find the strength they need in each other and in God.

When asked what he hopes others will think of when they hear or read the name Sutherland Springs going forward, Pomeroy replied, “I want them to realize that, as a community, we put our faith in something bigger than ourselves. It’s our faith that has made us stronger and allowed us to move forward.”

In May, First Baptist Church opened the doors and dedicated their new worship center, erected on land next door to the old church building, which one of the congregants whose life was taken on November 5, 2017 had been praying would be gifted to the church. Obtaining the land and construction of the new building came to fruition through funding from gifts and donations from community members, supporters and the North American Mission Board (NAMB), an agency of Southern Baptist Convention (SBC), in partnership with Alabama-based developer Myrick Gurosky and Associates (MG&A). MG&A, who has developed plans and construction for over 250 churches across the nation, additionally obtained over a million dollars worth of services and material from other companies throughout the country. The building features two towers, one housing the bell from the original church and the other a prayer room with a window at the top, shining a light that can be seen for miles in the dark. The new church building tells the world, as inscribed on one of the exterior walls, “Evil did not win.”