We Love a Parade! 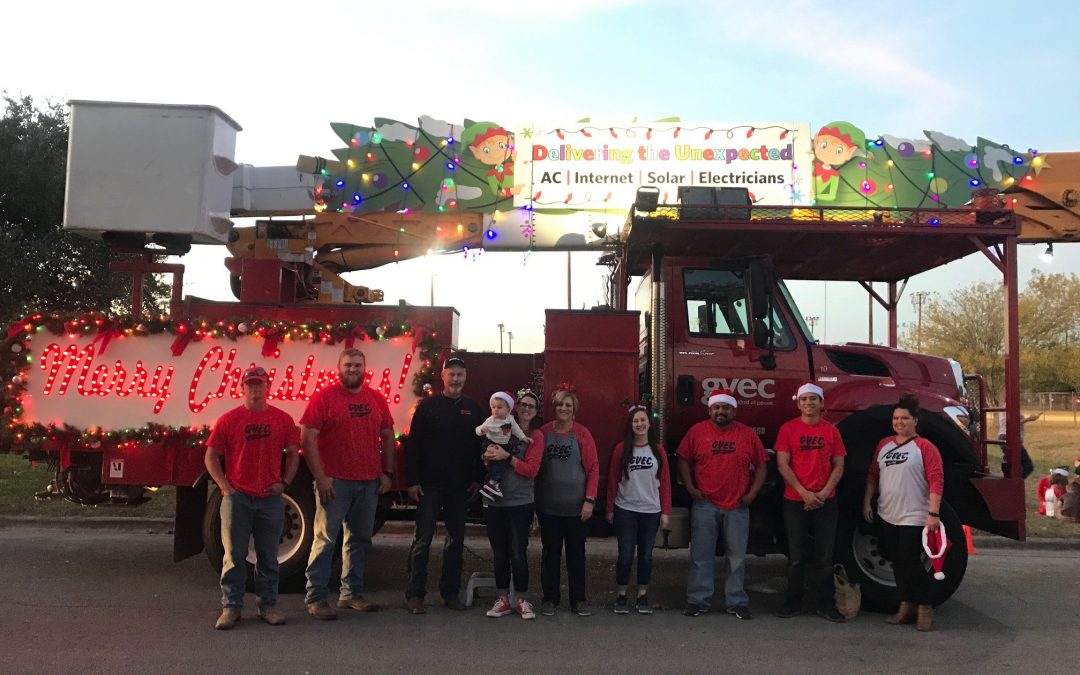 As we’re drawing nearer to the holiday season, at GVEC we’re also in the midst of another season—parade season! We LOVE a parade, which you may have noticed if you attend local parades and festivals in your area.

The holiday season, however, marks our busiest and brightest parade time with the Festival of Lights in Hallettsville, Seguin’s Holiday Stroll, holiday parades in Yoakum, Gonzales and Cibolo, and the Holidazzle lighted parade in Schertz.

GVEC is proud to participate in as many local parades as we can. It’s a fun way to interact with the communities we’re part of.

Because our employees are local to these areas, many are often eager to take part, too. You might notice them riding in the bucket truck or in Sparky (GVEC’s electric vehicle).

Community Relations Representative Kasie Tankersley notes the pride parade-goers demonstrate for their hometowns. No matter the weather conditions, the sometimes extremely hot or cold temperatures, or the day of the week, everyone comes out to support each other. “It gives you a real sense of that proud-community feeling,” she says.

Getting into the Holiday Spirit

There’s no shortage of holiday parades in the GVEC service territory. As everyone gathers, often decked out in Santa hats and Christmas sweaters, donning light-up necklaces and accessories, the community spirit is only enhanced as it heightens to Christmas spirit! I Our bucket truck and Sparky undergo a cheerful make-over as they are decorated and strung with lights. It’s a great way to kick off the holiday season!

If you want to join in the festive fun and attend one of these up-coming parades, here’s a listing. We hope to see you there!