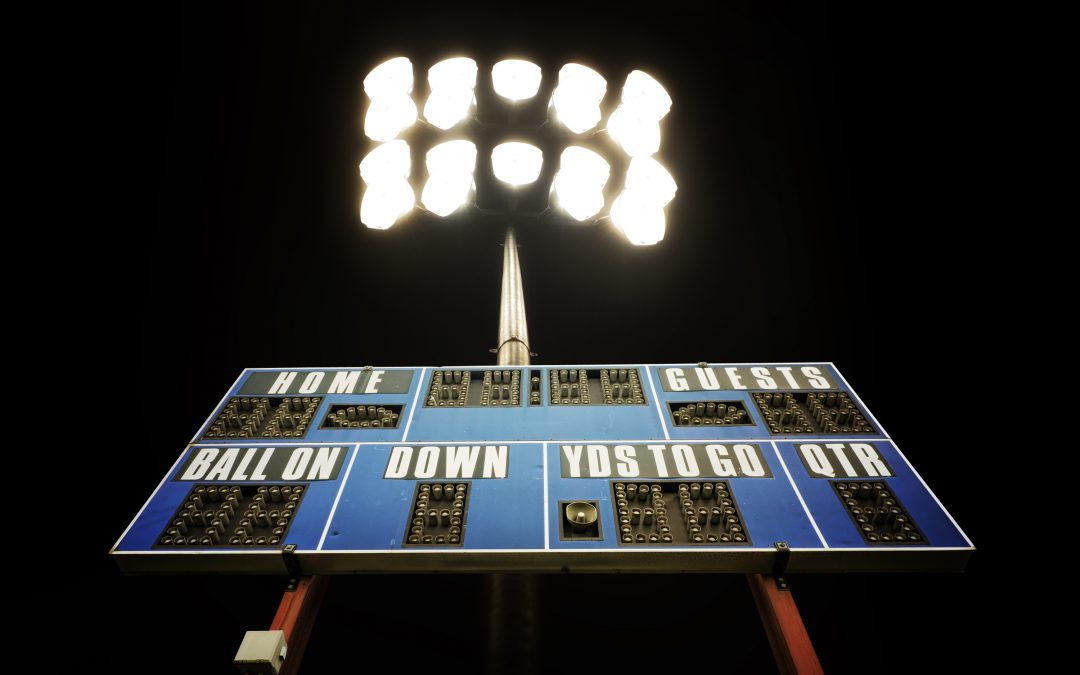 To say Texas high school football is BIG is an understatement. There are major publications highlighting teams and players for upcoming seasons each year. There have been movies and TV shows made about it. It’s unparalleled, with a quality all its own. It’s a homegrown recipe of nostalgia mixed with pride, blended with excitement to create an experience only served up on Friday nights during football season in Texas.

Why Is Texas High School Football So Big?

To answer this question, we asked an expert on the subject. Michael Waldie has coached high-school football in Texas for 17 years. He’s entered into his second year as Athletic Director and Head Football Coach for the Gonzales Apaches, who happen to be featured on this year’s special commemorative edition cover of Dave Campbell’s Texas Football. Prior to this, he coached at the collegiate level in two other states, recruiting nationally.

He agrees Texas high school football is one of a kind compared to what he’s seen in other states. Texas high school programs are closer to Division 1 college programs in many ways, including the rulebook they follow, according to Waldie. The funding and facilities are often bigger and better; more coaches are generally hired on staff; and the enthusiastic fans and local support is outstanding. Notably, Texas is also one of only two states that allows an athletic period during the school day, which Waldie says makes a big difference in the level of play.

High school football in Texas is full of traditions—some old, some new—that students and players have created as they make their mark throughout their schools’ histories. These may come in the form of pre-game rituals, chants or cheers at certain points in the game, familiar pep songs the bands play year after year, and ancestral rivalries between neighboring towns.

These rivalry games are often met with as much anticipation as regional play-offs. Two notable examples happen to be in GVEC’s service area. Considered the “oldest small school” rivalry in the state is Cuero versus Yoakum, who have been battling on the field since 1911. Celebrating 100 years of facing off against each other in 2011, Yoakum was also able to celebrate breaking Cuero’s 42-year winning streak held since 1969. Another age-old matchup is Seguin versus New Braunfels, who began their football feud in 1923. The mayors of these cities even place a friendly wager on which school will bring home the “W” each year.

You can’t mention Texas high school football traditions and not think of the ceremonious homecoming game. Homecoming, aptly named, once marked the very last home game of a team’s football season. In more recent decades, many schools began commemorating the special event on the last pre-district home game instead. Most high schools in other states celebrate homecoming similarly with royal courts or dances, so the occasion itself isn’t specifically “Texan.” However, our state found a way to stand apart from the rest of the nation with a key component which has become synonymous with the event: Cue the “mum.”

The homecoming mum tradition originated from humble beginnings, when young men presented their dates with a corsage consisting of a single fresh chrysanthemum bloom and a few ribbons. But as this custom grew, so did the mum.

As it became common to use silk flowers, design and construction of the wearable arrangements became more—well—just “more.” Today’s mum often boasts multiple blossoms and many, much longer ribbons. Along with this, the additions of bells, baubles, beads, boas and sometimes even bears (teddy) were added. Battery-powered lights have been a growing trend in recent years. Some of the more elaborate creations easily weigh so much they have to be worn with a strap around the neck or shoulders.

As the saying goes, “the more things change, the more they stay the same.” This is especially true for the phenomena that is Texas high school football. Throughout all the growth and changes, even in the unknowns of the current season—subject to change in the navigation through COVID-19—the excitement and spirit remains. It’s rooted in a staunch sentiment that continues generation after generation. It’s fall; it’s Friday night; it’s football.

GVEC has been proud to be a part of this Texas tradition through our constant support of local schools and athletic programs over the years, and we look forward to continuing to do so for generations to come.