When Debi Dickensheets’ daughter began battling substance use disorder in 2011, she found outpatient recovery options for teens to be virtually nonexistent. After release from a local inpatient rehab facility, her daughter’s only choice for support was adult Alcoholics Anonymous® (A.A.).

“Taking teens to adult A.A. meetings isn’t always a safe option,” Debi explains, “and it’s not an adequate peer group.” With the need for recovery support being urgent, Debi began taking her daughter to A.A. while also seeking alternatives. 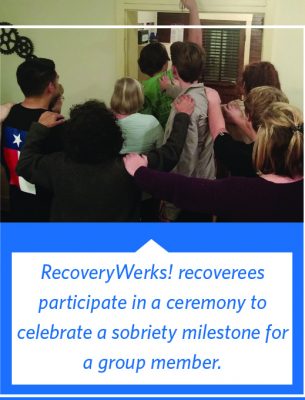 Mother and daughter lived in Virginia back then, with Debi stationed at the Pentagon as a United States Air Force (USAF) Lieutenant Colonel. Debi had long considered San Antonio an adopted hometown and planned to retire there. Her son was a UTSA student at the time. Plus, the city offered one of the country’s few comprehensive recovery programs specifically for teens. With 23 years of USAF service, Debi retired and joined her daughter’s lifelong journey of recovery. 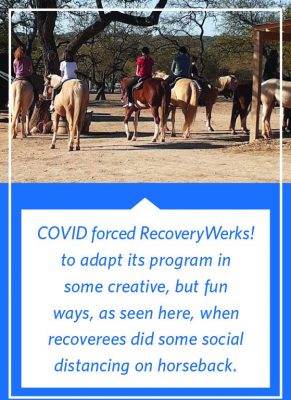 Upon arriving in Texas, Debi settled in Schertz and enrolled her daughter in the Palmer Drug Abuse Program (PDAP) in northwest San Antonio. “The drive was about 30 miles each way,” she recalls. “We made that trip at least twice weekly for her regular meetings, but there were often additional trips for counseling sessions, Sober Social Activities and more.”

As a USAF retiree, Debi had time and resources most parents of teens struggling with substance use lack. As such, she realized, many area teens beyond San Antonio weren’t receiving desperately needed support. She partnered with Joanne Daxon, a licensed chemical dependency counselor she’d met through PDAP, and RecoveryWerks! began taking shape.

“We started in 2015 on my living room floor in Schertz,” Debi explains. “Within a year, we’d grown enough to need additional space, and River City Advocacy in New Braunfels offered us a place to use once a week.”

In 2017, the McKenna Foundation awarded the fledgling nonprofit a grant that allowed it to rent a building on East Mill Street in New Braunfels. That same year, after six years of ups and downs, of recoveries and relapses, Debi’s daughter found lasting sobriety that continues to this day. RecoveryWerks!, meanwhile, operated on East Mill for the next two years until outgrowing the space and relocating to a rental property on Comal Avenue.

Planning Beyond a Pandemic Slowdown 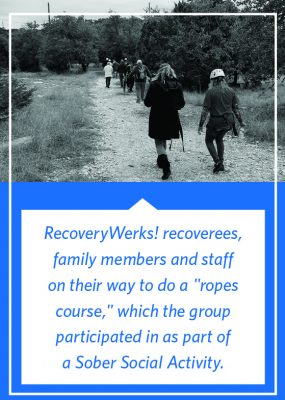 In March 2020, RecoveryWerks! served 439 clients annually. “Our growth was a driving factor behind our need for a new building,” Debi explains. Although COVID-19 temporarily stifled and reversed that growth, she and Joanne were determined to keep expanding the reach of RecoveryWerks!. “COVID forced us to go all online for about six weeks,” she explains. “But we were operational the whole time, and we never missed a meeting.”

Power Up for Teen Recovery

In July 2021, RecoveryWerks! secured two sizable grants, one from the McKenna Foundation and another from the Kronkosky Charitable Foundation. With that money, the nonprofit purchased a 4,500 square foot building on Landa Street that once housed a car wash.

The building, consisting of two large open spaces, needed substantial renovations. To help fund these, Debi obtained another McKenna grant. She also received a $14,633 Power Up grant. RecoveryWerks! used those awards to add doors and walls to the building’s interior, creating additional meeting and recreational spaces. The facility’s office space also got a serious facelift.

Built on the Familiar 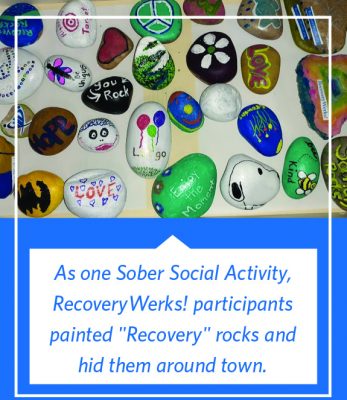 At present, in the month of February 2022 alone, RecoveryWerks! served 154 local teens and their families. This includes teens currently struggling through substance use disorder or at risk of developing it. “Ninety percent of all substance use disorder starts in the teens,” Debi explains. “One of our goals is to raise that bottom.” RecoveryWerks! also offers options for young adults, but this group meets separately from teens.

Debi stresses that RecoveryWerks! isn’t just for teens and young adults with substance use disorder. It’s also for their families. “Support groups for parents, siblings and other family members of substance users aren’t new,” she says. “RecoveryWerks! offers those options all under one roof, though—that is unique. Family members are often the substance user’s primary support system, and that’s why including them is so important.” Debi herself regularly attends support meetings. “Substance use recovery is a lifelong journey. If my daughter should ever relapse, I’ll need that support.”

The Power of Giving in Small Amounts 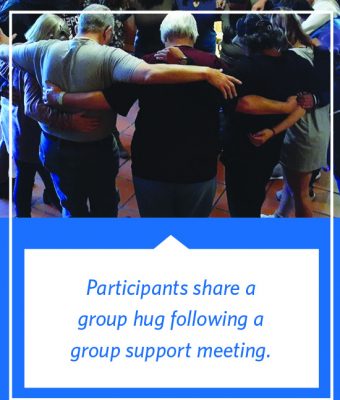 As a nonprofit, RecoveryWerks! runs strictly on grants and donations. “God bless GVEC members for contributing to Power Up,” Debi says. “Their support shows that a little change can have a powerful impact on people’s lives. Without their generosity, these teens and families would have no place to go. On behalf of everyone at RecoveryWerks!, we thank them.”

If you are the family member of a teen or young adult struggling with substance use disorder, help is available locally by calling 830.310.2456 or by visiting recoverywerks.org.

GVEC’s Power Up program has awarded over $3 million in grants to local nonprofits since 2012. The application deadline for the next award cycle is August 15. To learn more or to complete an application, visit gvec.org or call 800.223.4832.