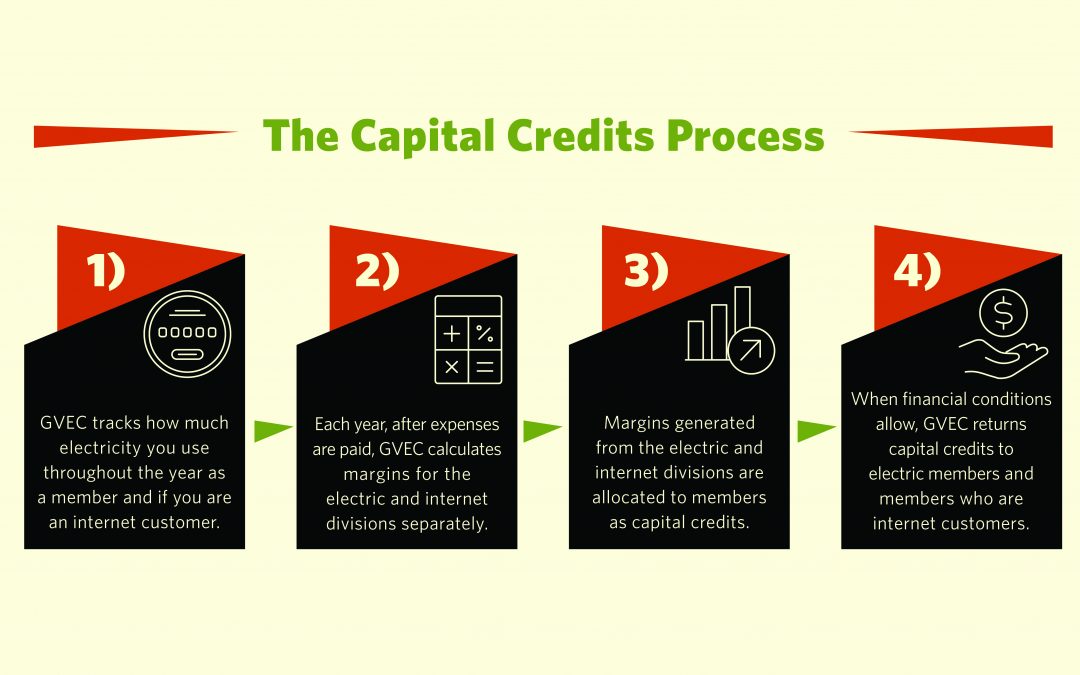 In July, GVEC will return a record $6.6 million in patronage capital to our member-owners. This is the highest distributions of capital credits in the 82-year history of the Cooperative. “Years of prudent planning a responsible financial management has positioned GVEC well to be able to give back more than ever to our members,” said General Manager and CEO Darren Schauer. “The past few months have put a real strain on people’s lives. I commend the Board of Directors for taking this step at a time when resources are needed more than ever.” Active members will receive refunds as a credit on July electric bills. Be watching for yours on your July statement!

Patronage capital is just one of the many benefits of sharing in the ownership of GVEC. As a not-for-profit cooperative, GVEC takes any remaining margins after expenses and annually allocates those funds as capital credits that are stored as equity until a distribution is authorized at the discretion of the Board. In 2018, GVEC Internet, formerly a for-profit GVEC subsidiary called GVEC.net, was merged with the Cooperative, making it possible for members who are also internet customers to rap the benefits of even more capital credits. Allocations of margins will be made for both electric and internet annually as separate divisions. When distributions are made for either division, they will be posted to the member’s electric account.

The GVEC Board of Directors recently passed a resolution authorizing the allocation of 2019 margins to members who received electric service from GVEC during 2019 as well as members receiving internet service in 2019.

Members wishing to know more about the specific amount of the patronage capital allocations to their capital credits account may call 800.223.4832 to speak with a customer service representative.