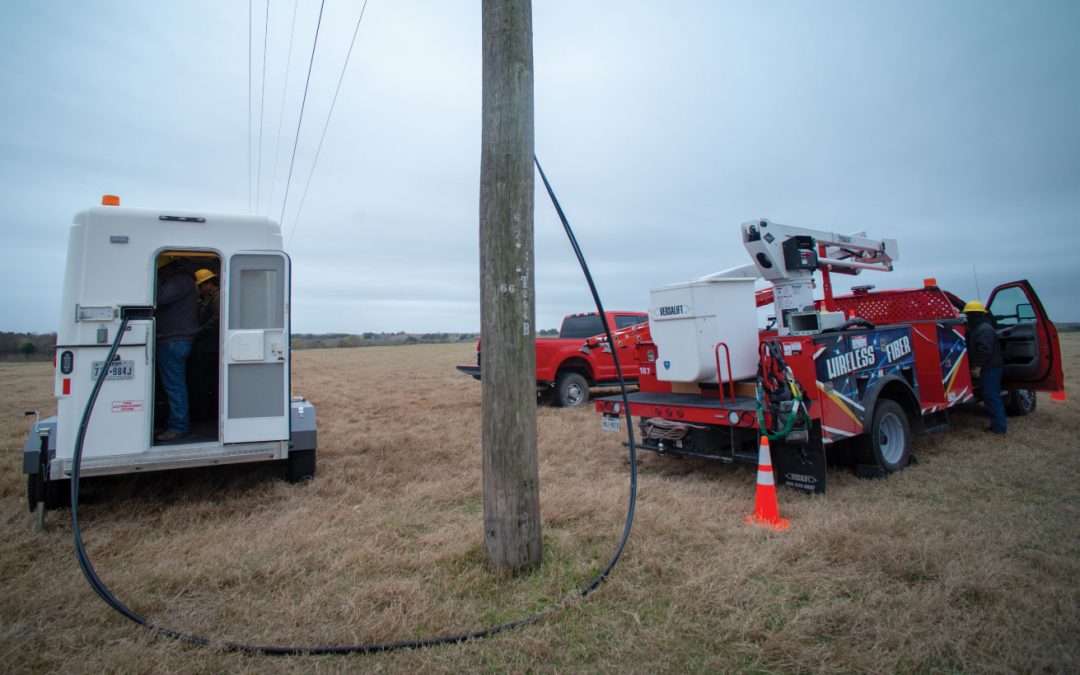 ASQWEYou may not have heard of E-rate, but this federally funded program is an important tool for helping expand high-speed internet access throughout Guadalupe Valley school districts. Each E-rate partnership GVEC enters also helps us upgrade outdated internet connections in the rural communities we serve to extreme-speed GVEC Fiber.

The FCC administers E-rate based on a principal of public good that dates back more than 100 years: universal service. This concept was conceived by Theodore Newton Vail, the first president of American Telephone & Telegraph (AT&T). Vail believed every American should have access to baseline levels of affordable telephone service. At the time, the idea that everybody has a right to basic levels of affordable service was groundbreaking in corporate America, and universal service remains an important concept in the country’s telecommunications landscape. Without it, the FCC’s Universal Service Fund (USF) and E-rate might not exist.

The Telecommunications Act of 1996

Although the U.S. government promoted universal service in various ways throughout the 20th century, the idea didn’t become policy until 1996 with the passage of The Telecommunications Act. This act created the FCC’s USF. By this time, the concept of universal service had expanded to include new telecommunications technologies—especially internet service. As a result, programs administered through the USF are focused mostly on expanding broadband internet to underserved populations. The USF administers four programs: Connect America, Lifeline, Rural Health Care Support and E-rate.

E-rate subsidizes high-speed internet access to eligible rural schools and libraries. In 2017, GVEC began offering extreme-speed Fiber Internet as part of the E-rate bidding process. We ultimately partnered with Stockdale ISD on our first E-rate project and began construction that same year. In May 2018, the Stockdale school system began using GVEC Fiber Internet service. Speeds across the district jumped from 50 megabits per second (Mbps) to 500 Mbps. Between E-rate funding and state matches, the district paid about 9.5% of total special construction charges.

In 2019, GVEC won and entered into our second E-rate contract, this one with Moulton ISD. Construction began in October and was completed in February, making GVEC Fiber Internet available to students, teachers and staff early into the second semester of the school year. District speeds jumped from 100 Mbps to 750 Mbps. Between E-rate funding and state matches, the district paid none of the as associated construction costs.

GVEC became involved in E-rate because the program’s philosophy of universal service aligns perfectly with our own cooperative values. The farmers who established the Guadalupe Valley Electric Cooperative back in 1938 did so because they believed all Guadalupe Valley residents had a right to basic levels of affordable electric service. To this day, this belief continues shaping our commitment to serving members and customers across our region.

E-rate doesn’t just allow GVEC to build a strong foundation for the education of our youth. Each E-rate project requires significant build-out of fiber-optic cable and supporting devices. This helps boost GVEC’s ongoing expansion of fiber-optic cable along our grid. Fiber expansion allows us not only to deliver GVEC Fiber Internet into more of the communities we serve, but also to build a stronger, smarter, more reliable and resilient electric grid.

Please keep us in mind as you enter the 2021 E-rate bidding cycle this fall. At GVEC, we believe there are few, if any, more important pursuits than building a strong foundation for the education of our youth. We ask all qualifying school districts to consider partnering with us through E-rate to deliver GVEC Fiber—built on the world’s fastest internet technology—to students and educators at your school. For more information on E-rate, visit gvec.net or call us at 800.699.4832.