GVEC Members Had Record High Energy Use, But Rates Not Rising At This Time 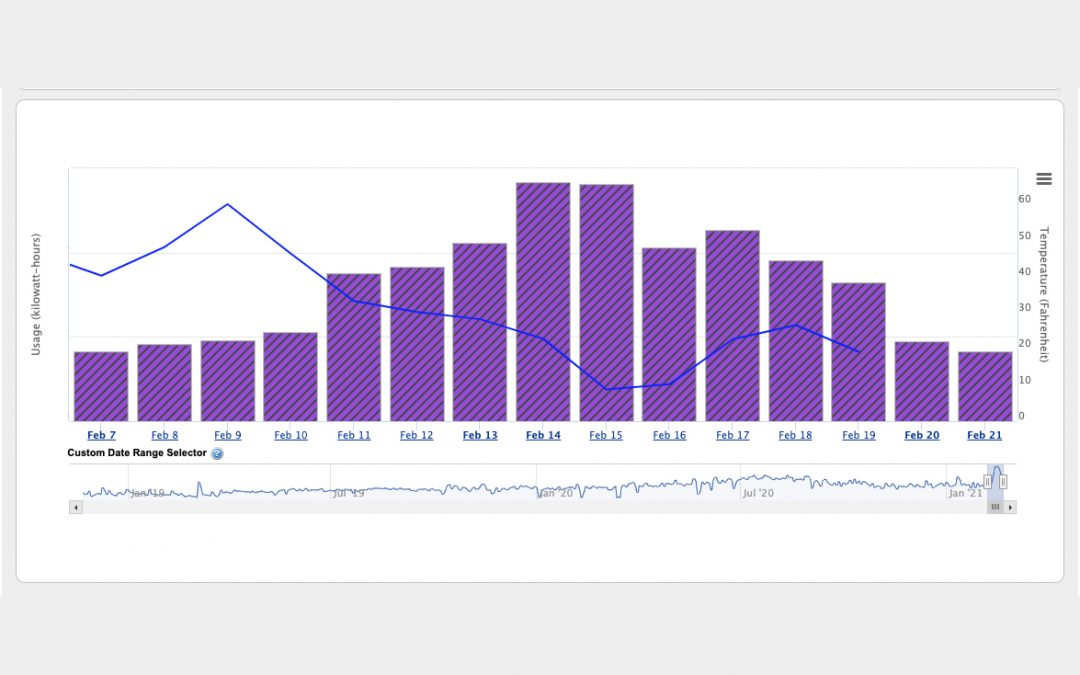 Gonzales, Texas – February 23, 2021 – Following its regularly scheduled meeting on Tuesday, the GVEC Board of Directors announced that members will not see an electric rate increase at this time.

Members, however, should anticipate higher than normal electric bills for the month of February that will be received in March. The winter weather that much of Texas experienced last week brought unprecedented conditions not seen in our region for over 30 years. Temperatures around the area dropped to below freezing for consecutive days, often dipping into teens and even single digits.

These extreme temperatures caused central heating systems to operate in an emergency heating mode. “The emergency heating is used when the more efficient heat pump cannot deliver the level of heating being requested inside the home. This causes the unit to use the auxiliary electric heating strips, which require significant amounts of energy to operate,” explained GVEC Senior Executive Manager Graham Hauptman. “The extreme temperature we experienced caused many heaters to run in this capacity, in a near non-stop condition, which drove electric consumption much higher than normally seen,” Hauptman said.

Although GVEC will not raise rates at this time, electric members should anticipate increased February electric usage to translate to higher March bills—in many cases much higher than usual for this time of year.

“The exact impact of last week’s weather on the Cooperative’s power supply costs is still being determined,” GVEC’s General Manager and CEO, Darren Schauer, stated. While costs were much greater than could have been anticipated to meet the extreme power usage during this time, GVEC’s financial strength and active hedging programs will mean that Cooperative members will not see dramatic increases in their electric bills. There likely will be adjustments that are necessary in the coming months, but GVEC will make sure that the increases are minimal and manageable for our members.”

For members who experience financial hardship due to February’s higher electric bills, call GVEC at 800.223.4832 to discuss payment arrangements or other tools and resources to assist during this time.

GVEC is a progressive cooperative focused on delivering products and services that empower the people and communities in South Central Texas. A trusted, local partner since 1938, today GVEC provides dependable electricity, high-speed internet, and beyond the meter services like AC/heating, solar and battery storage solutions, and electrician services. The cooperative proudly serves over 100,000 consumers in surrounding areas through five customer service locations in Cuero, Gonzales, La Vernia, Schertz and Seguin.