The Texas Move Over/Slow Down Law Gets Extended 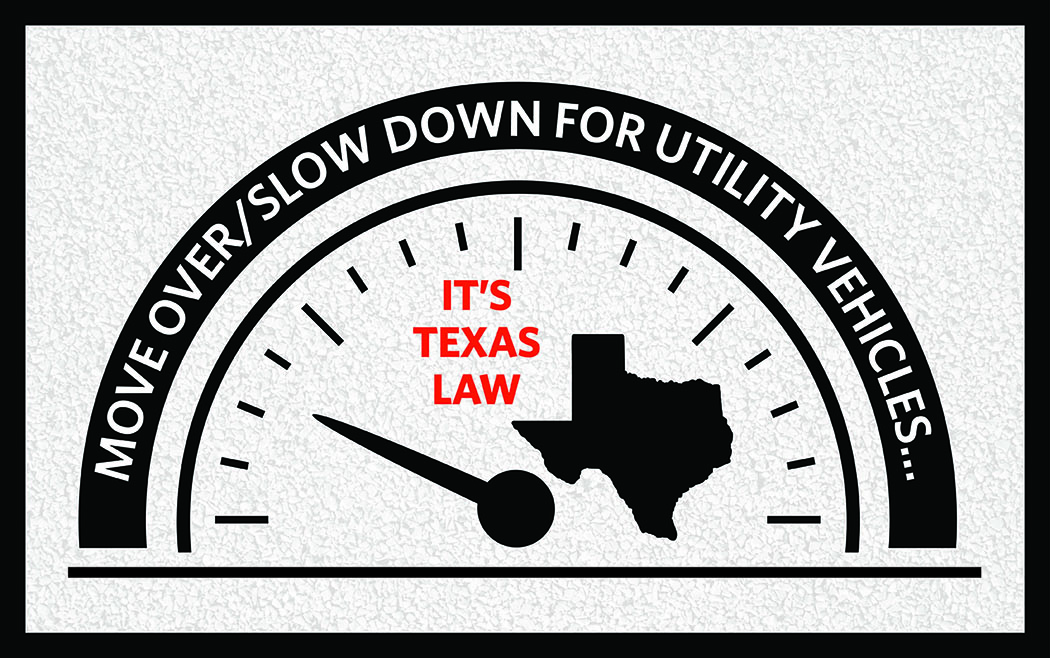 On Sept. 1, 2019, a change went into effect in the Texas Move Over/Slow Down law — a change with important implications for GVEC line crews and that all Texas drivers should be aware of: The statute now includes utility vehicles like those used by GVEC line crews when working on power lines and repairing power outages.

What is the Texas Move Over/Slow Down Law?

The Texas Move Over/Slow Down law, which went into effect in 2003, requires all Texas drivers to move one lane over, if possible, when approaching an emergency vehicle parked on the shoulder with warning lights in operation. If moving over isn’t practical or possible, drivers must slow down to at least 20 miles per hour below the posted speed limit. In 2013, the state legislature expanded Move Over/Slow Down to include TxDOT vehicles.

The State Legislature began reviewing Move Over/Slow Down in the wake of Hurricane Harvey and the extensive repairs required to the statewide electric grid following that storm. The extent of repair work helped underscore the dangers line workers face in repairing damaged power infrastructure.

So They All Make It Home

Most drivers in and around GVEC’s service territory probably already know to move over or slow down for emergency vehicles, and many may already yield for GVEC service trucks anyway. If you’re not accustomed to moving over or slowing down for GVEC and other utility trucks, keep the new rule in mind the next time you spot one out on local highways. If possible, move over a lane or drop your speed by at least 20 mph. Doing so will help ensure crew safety while they work to service you; you’ll also avoid a potential traffic citation and significant fine. We appreciate your vigilance in helping assure all GVEC crews make it home safely to their families after every shift.