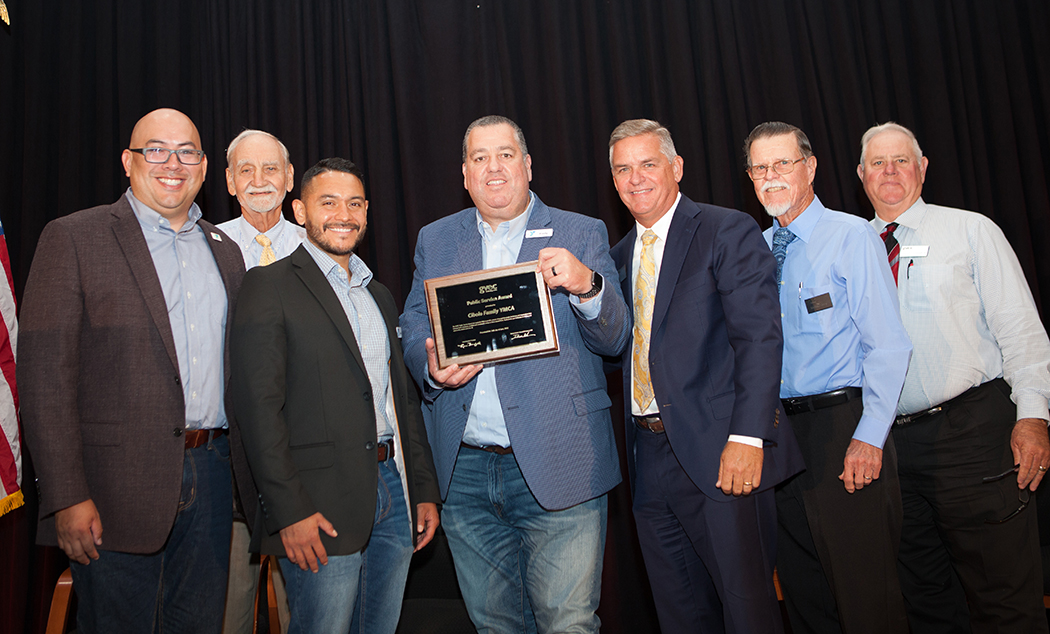 Gonzales, Texas – June 30, 2022 – GVEC’s 2021 Annual Meeting took place on June 24 at the Gonzales High School Special Events Center. In all, 1,396 members participated either in person or by proxy.

Registration began at 5:30 p.m., with GVEC Board President Lewis Borgfeld calling the meeting to order at 7 p.m. Board Vice President Melvin E. Strey delivered the invocation.

The 2022 Annual Meeting Video, titled Stronger Than Any Storm, presented an overview of projects and initiatives taken on in 2021. Much of the presentation covered Winter Storm Uri and its impact on GVEC operations and finances, while the lingering effects of COVID-19 were also featured. Although 2021 was largely defined by storms both literal and figurative, the Cooperative overcame these challenges in partnership with those we serve. We adjusted and adapted where necessary, but largely pushed forward as planned, continuing to empower lives and finishing the year strong, undeterred and confident in the future.

A special presentation of GVEC’s Public Service Awards (PSA) also took place during the evening. The tradition began in 1986 to recognize people, businesses and organizations who have delivered consistent, unselfish and considerable service to people around them and their communities.

GVEC’s 2022 organizational PSA went to Cibolo Family YMCA. Opened in August 2019, this organization is committed to putting “Judeo-Christian principles into practice through programs that build a healthy spirit, mind, and body for all.” Among its major accomplishments to date is the creation and development of Miracle Field, a rubber-surfaced outdoor baseball field located at the Cibolo Sports complex. The facility is designed with individuals with special needs in mind. The Open Doors Scholarship, which helps assure no one gets turned away from YMCA participation for lack of ability to pay, stands as one of the organization’s most important, ongoing outreach programs.

GVEC’s 2022 Individual PSA went to Jeff Pesek, native of Kyle, Texas. In 2007, Jeff settled with his wife Anne and their daughters, Cameron and Ashlyn, in Shiner after four-and-a-half years in the U.S. Army as a commissioned officer. His life since then has been defined by his role as husband and father and by his extensive community service. His volunteerism activities include participation in 4-H, FFA, the Shiner Rotary Club and the Shiner Chamber of Commerce. Since 2007, Jeff has also coordinated and been Master of Ceremonies for Shiner’s Memorial Day Tribute. He’s also a Pro-staff member of Headwaters for Heroes, an organization that stages therapeutic hunting and fishing expeditions for wounded veterans and Gold Star families. 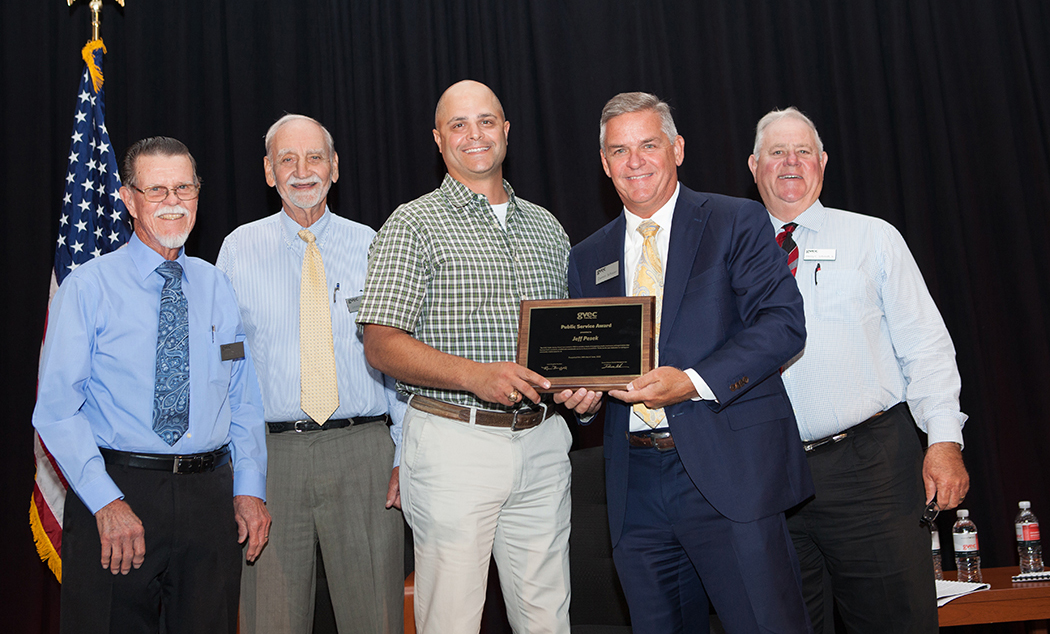 Members can view the Annual Report as well as the video presentation online at www.gvec.org.

GVEC is a progressive cooperative specializing in the delivery of products and services that empower the people and communities in the Guadalupe Valley. Offering dependable electricity, high-speed internet, electrician services, reliable AC/Heating sales and service as well as solar and battery storage solutions, GVEC serves over 100,000 consumers through five customer service locations in Cuero, Gonzales, La Vernia, Schertz and Seguin.