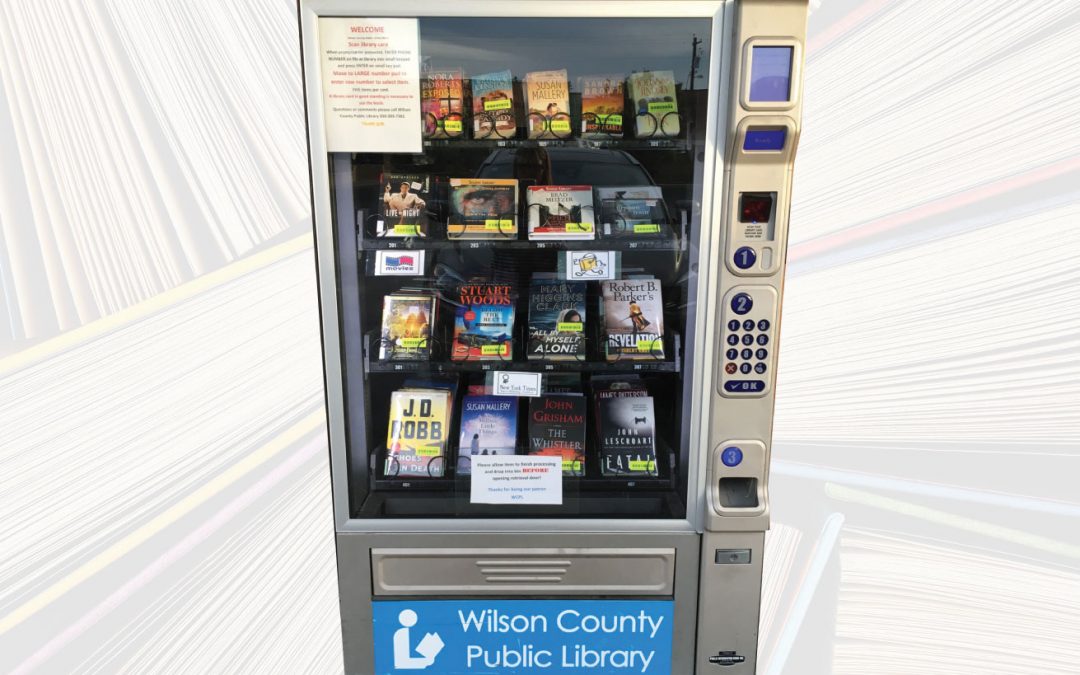 When the lease on the La Vernia Public Library building expired in the 1980s without an option to renew, there was nowhere for La Vernia’s local caretaker of public knowledge to go.

To help solve the problem, a group of La Vernia locals with connections to the library formed the Friends of La Vernia Library. The group’s ultimate goal was to establish a new physical location, but their first order of business was an inevitable liquidation of assets.

Current Wilson County Public Libraries Director Nicki Stohr wasn’t around back then but was able to share the story of what happened as a result.

“There simply wasn’t a comparable building for the library to move into,” Stohr said. “There were few options as to what could be done.  They sold all the library’s contents and put the money in a trust for safekeeping. When I joined the staff in 2010, they asked for my help finding a brick-and-mortar location.”

At the time of Stohr’s hire, there still was no obvious solution to La Vernia’s lack of a suitable space to house the library. Stohr and Friends of the Library decided to start small and purchased a kiosk vending machine to distribute library materials to patrons.

“It worked just like a snack machine,” Stohr said. “It distributed materials with a rotating metal spiral that pushed the items down into a bin where patrons could retrieve them and then return them after the loan period or recheck them. It held 225 items.”

Stohr and Friends of the Library arranged to set up their machine at a local pharmacy. That worked well until 2015 when the pharmacy changed owners. The new owner redesigned the floor plan, leaving the library vending machine without space to operate. Fortunately, the La Vernia HEB came to the rescue, offering free outside space.

The arrangement with HEB worked well, too, Stohr explained, but what really kept the kiosk running were its checkout numbers. “Circulation numbers were about as good as we could have hoped for. The turnover rate was 200% a month—every item was being checked out twice a month. We felt like the community was sending a message; people were ready to have a physical library again.”

The shortage of physical space remained, and for two years, the book kiosk continued operating from HEB. Then came a breakthrough in 2017. The Wilson County News, which operated from a building in La Vernia, offered to share space in its building on historical Chihuahua Street. Stohr and Friends of the Library jumped at the chance, and Jane Yelvington McCallum Public Library opened its doors to offer brick-and-mortar library services to the City of La Vernia for the first time in decades.

The La Vernia community responded well to the new location, too, Stohr said, and Jane Yelvington McCallum Public Library quickly became a community fixture. After nearly three years at its new physical home, the library was again poised for growth when the owners of The Wilson County News offered the county library system the entire building for rent in late 2019.

Stohr and County Officials quickly made arrangements with The Wilson County News to lease the newspaper’s half of the building. In October 2019, the Jane Yelvington McCallum Public Library of La Vernia expanded into the remainder of the building, giving them 2,000 square feet of total space.

Powering Up Knowledge and Community

That same month, GVEC awarded Jane Yelvington McCallum Public Library a kind of “housewarming gift” in the form of a $5,714.86 Power Up™ grant. Stohr used those funds to buy a new primary checkout desk and is in the process of acquiring kid-friendly shelving for the children’s area. The grant also helped purchase a new indoor book return box and sensory/visual aids for the library’s story-time children’s reading program.

“We’re working hard to entice families and kids to our library,” Stohr said, “to make it more appealing for a younger crowd. The Power Up grant has been a huge help.”

Asked if the library might aspire to eventually find a bigger location, Stohr said it was way too early to consider any additional expansions. “For now,” she said, “we’re trying to get publicity for our library—to let people know they’ve got a great, vibrant library right here in their community, offering every convenience of a big library.”

Those conveniences include a two-week checkout period, audiobook titles for all ages, music CDs and a complete catalogue of paper-copy titles covering everything from genealogy to history, fiction, young-adult or children’s literature, and more. The library also hosts a preschool story time and a summer reading program.

“We participate in OverDrive, too,” Stohr said, “which provides access to digital copies of books and audiobooks to anyone with a Wilson County Public Library card and a Kindle, iOS or Android device. Our patrons love it, because you never have to worry about turning your book in late; it automatically deletes from the device when the loan period is over.”