How to Spot Overheating in Cats and Dogs 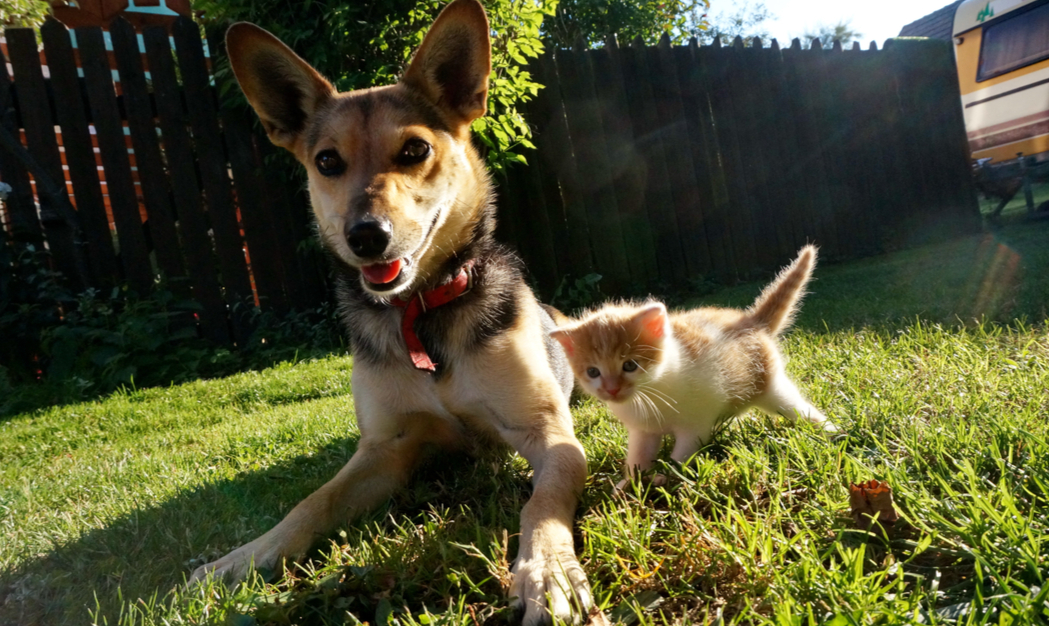 The “dog days” of summer are here. For people who spend much time outdoors, the hottest days of the season are a time to be extra mindful of the dangers of excessive heat. And while we’ve blogged here previously about heatstroke and exhaustion in people, many readers may not think about the dangers of overheating of overheating in cats and dogs.

Overheating in Cats and Dogs is More Likely

It may surprise you to learn that the basic physiology of cats and dogs puts them at higher risk for heat exhaustion and stroke compared to people. The biggest reason is the that their bodies aren’t good at regulating internal temperature. Both animals lack sufficient sweat glands in the skin covering their bodies. Sweating is the primary way people cool down when they overheat. Dogs and cats do have a small number of these glands in the pads of their paws and can sweat slightly from there, but it’s not nearly enough to make sweating as effective for cooling in pets as is in people.

How do dogs and cats cool down in extreme heat? The answer is the same in both animals, but much more apparent in dogs: panting. Almost everyone, at some point in life, has probably seen a dog panting in hot weather. This continual, rapid, in-and-out breathing through the mouth releases heat from directly within a cat or dog’s body. Panting might not be as apparent in cats due to the differing activity levels and habits of the two types of pets: Cats are more likely to lounge and rest during hot weather, seeking shade and a cool place to sleep, whereas many dogs will happily accompany owners out into the heat to walk or jog or chase a ball or frisbee.

Dogs and cats have some unexpected similarities, then, in regard to their risk for heat exhaustion and stroke: For one, they have comparable numbers of sweat glands and in the same place on their bodies. They both also use panting as the primary means for cooling down. Given these similarities, it may not come as a surprise that these animals also exhibit similar physical symptoms when their bodies overheat. Those signs include:

In addition to these, overheating in cats and dogs may also lead to lethargy in both, but this is another symptom that may be more apparent in dogs due to the innate differences in activity levels and habits between the two animals. Additionally, cats in heat distress may also exhibit excessive grooming behavior and vocalizing.

Moreover, animals in advanced stages of heatstroke can  go into seizure and/or die. They can also fall into a coma if the problem isn’t reversed. If your pet loses consciousness due to heat-related issues, we strongly suggesting taking him/her to vet as soon as possible.

Monitoring for Overheating in Cats and Dogs is Key

If your pet is being exposed to abnormally high temperatures in their environment, it’s important to be watchful and mindful of their wellbeing. Normal body temperature in cats ranges between 100.5 and 102.5 degrees. In dogs, the range is between 101 and 102.5 degrees. As in people, what’s “normal” can vary slightly from animal to animal and is also influenced by the animal’s age, breed, individual health problems and overall physical condition.

Cooling the Animal Down

It’s important for owners to take action when they know their cat or dog is getting too hot. Some quick, simple steps to take include removing the pet to a cooler environment. For example, if the animal is outdoors, exposed to direct sunlight, move it into a shaded area. Moving the pet into an air conditioned environment would be even better. The cat or dog can also be patted down and/or wrapped up in a damp towel—just make sure the towel isn’t too cold, as lowering the animal’s temperature too quickly can be dangerous.

Owner’s should also avoid feeding the animal ice, as this too could cause body temperature to decrease too quickly. Cool baths can be considered or just a spray-down with a water bottle; but again, owners must be careful not to use water that’s too cold. Owners can also try putting out a container of water for the animal to drink. If the animal won’t drink on its own, however, consider administering small amounts of water from an eye dropper.

No Substitute for a Medical Professional

Please keep in mind that, although we love cats and dogs at GVEC and think of our own pets as family, we are not medical professionals. None of the advice offered here should be used instead of or as a replacement for consultation with a licensed veterinarian. If your animal is in heat distress, the best, most important step you can take is to visit a vet as quickly as possible.