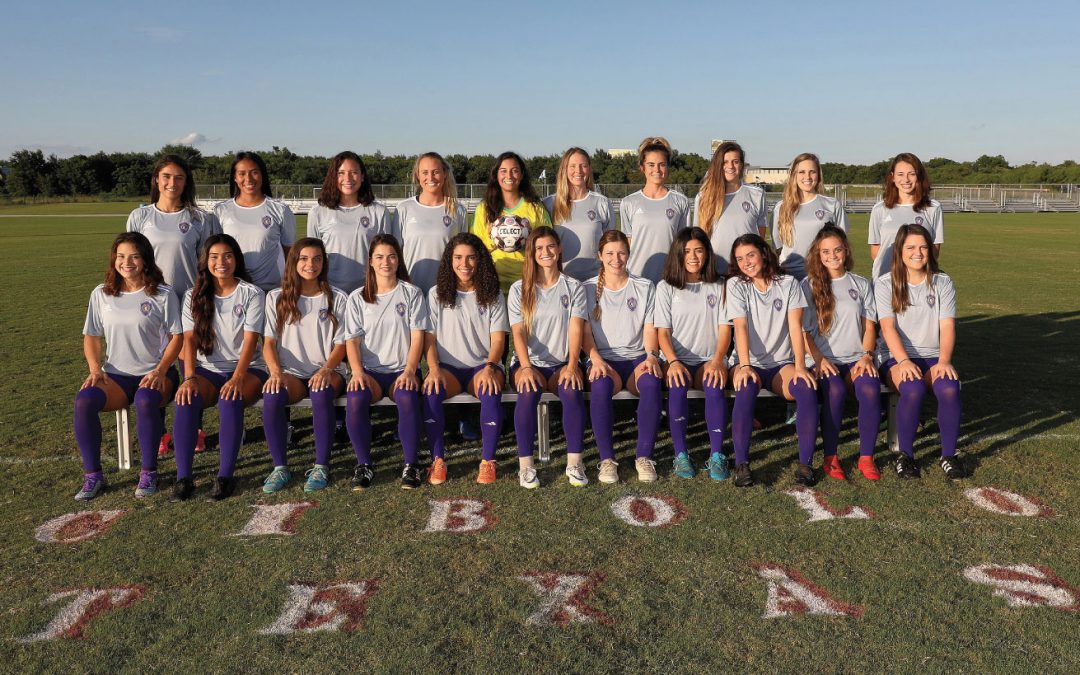 Pete Veritas, owner and president of San Antonio Athenians soccer, launched his women’s soccer team in 2016, envisioning it as a community-driven family. The Athenians are based in GVEC’s service territory in Cibolo and play home matches at the Cibolo Multi-Event Center.

Cibolo is a close-knit place with a distinctly small-town feel. The community’s closeness and ties to San Antonio make it a prime spot for a sports club like the Athenians. Veras understood that the location would grant the team advantages of both large- and small-town settings—love from the local community, but plenty of interest from San Antonio’s big-city population. Veras’ ultimate formula for success was to build a team with a local-player base that embraced and contributed to both cities.

Team Vice President Carlos Garcia explained it like this: “Our approach to teamwork and community can be summed up in one word: family. Everyone who’s part of this organization—from front offi­ce personnel to players and coaching staff—believes not only in making sacrifices for the betterment of the club, but also for betterment of this community.”

The Athenian squad is made up of a diverse mix of amateur, collegiate, semi-pro and former professional players, ranging in age from their teens to their 30s. There’s a good mix of international players on the team, too, with several locals mixed in. Regardless of their age, experience level or where they’re from, each member of the team, coaching staff and front office buys into the Athenian commitment to family and community, Garcia said.

In holding true to its commitments, San Antonio Athenians soccer has organized and led a number of community initiatives since the inaugural season in 2017. These have included food drives held during home games on behalf of the San Antonio Food Bank; a youth soccer equipment drive held during a 2017 home game; Thanksgiving turkey giveaways in 2017 and 2019 that distributed 80 turkeys to local families; and school-based speaking engagements.

Of all the community initiatives the Athenians have participated in though, one stands out for Garcia as the team’s proudest moment. “In my opinion,” he said, “our most significant community event was the honoring of fallen SAPD (San Antonio Police Department) Officer Miguel Moreno.” Moreno was killed in the line of duty in June 2017.

San Antonio Athenians Soccer, Goal 5: Kicking It Up a Notch

The team took its commitment to community enrichment to another level this past February by launching the Athenians Elite Soccer Academy. The Academy features two programs: a co-ed recreational program for ages 5 to 11 and an elite competitive team for girls ages 12 and up. The competitive team will hold tryouts in May.

“We wanted to continue growing the game while also developing the next generation of players,” Garcia said. “We see the Academy as a great way to accomplish both goals.”

The Academy is structured and operated on four core areas of focus that guide the Athenian soccer team: physical, technical, tactical and psychological. “Each component is vital in preparing our players holistically on and off the pitch,” Garcia said. Soccer, he explained, requires great physical stamina and endurance to go full-speed for the full 90 minutes of a game. “You need an optimal blend of hydration, nutrition and year-round physical training, and those are some of the physical aspects we focus on.”

The technical aspect of the game lies in maximizing each player’s strengths, Garcia continued, while minimizing individual weaknesses for the sake of team success. Soccer’s tactical aspect lies in creating game plans and schemes that make the most of technical assessments. “The mental aspect of our game is just as important as the physical aspects,” he added. “The drive to compete is a tremendous motivator for our players, but stress and anxiety can have both positive and adverse effects during a match. That’s why we monitor and track how players react to high pressure situations and consider this as a factor in game planning.”

San Antonio Athenians Soccer, Goal 6: In Life, as in Soccer

Taken together, these four components—physical, technical, tactical and psychological—make up not only an effective formula for success in soccer, but also in life, Garcia said. And the ultimate goal of the Athenians Elite Soccer Academy is to help each participant learn to become aware of and balance these components in their own lives. Academy programs are structured to empower participants to make the most of their potential as they compete not only in sports, but also in life and as part of any team.

The San Antonio Athenians play in the Southwest Division of the United Women’s Soccer League (UWSL), competing in 10 to 12 matches each season starting in May, with home matches played at the Cibolo Multi-Event Center, 210 S. Main Street. Tickets prices for the 2020 season are not finalized, either, but average $10 across the league. For more information on the team, tickets, Athenian community initiatives or on The Athenians Elite Soccer Academy, visit sanantonioathenians.com or email PV@SanAntonioAthenians.com.